Many diseases can cause hidden blood in the feces. This is also known as Fecal Occult Blood (FOB), Human Occult Blood, or Human Hemoglobin. In the early stages, gastrointestinal problems such as colon cancer, ulcers, polyps, colitis, diverticulitis, and fissures may not show any visible symptoms, only occult blood.

The FOB Rapid Test Cassette (Feces) is a rapid chromatographic immunoassay for the qualitative detection of Human Occult Blood in feces.

The faecal occult blood (FOB) test is a visual immunoassay test for the qualitative detection of human blood hemoglobin in fecal samples. The main use of this test is for the screening for early colon cancer. The Fecal Occult Blood Testis composed of two units, a fecal collection tube and a test device.

A fecal specimen is collected in the collection tube containing sample extraction buffer, and then added to the testdevice. When sample is added to samplepad, it moves through the conjugate pad and mobilizes the gold anti-hhemoglobin antibody conjugate that is coated on the conjugate pad.

AEI24 LABTEST has available to supply OEM for private label test kits for pharmaceutical and laboratory groups that want to create their own brand.

Having successfully completed the CE marking, available for use in Europe (CE)

Manufacturing company with CE, issued as OEM, in compliance with Directive 98/79EC of the European Parliament and of the council of in vitro diagnostic Medical devices, according to Annex III. ISO 13485 certification 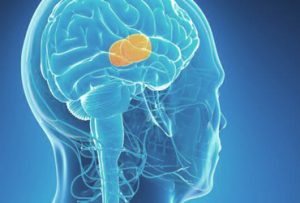 CE marked (For Self-Testing) and for selling within the European Union (Under the IVD d98/79 Directive).

This website uses cookies to improve your experience while you navigate through the website. Out of these, the cookies that are categorized as necessary are stored on your browser as they are essential for the working of basic functionalities of the website. We also use third-party cookies that help us analyze and understand how you use this website. These cookies will be stored in your browser only with your consent. You also have the option to opt-out of these cookies. But opting out of some of these cookies may affect your browsing experience.
Necessary Always Enabled
Necessary cookies are absolutely essential for the website to function properly. These cookies ensure basic functionalities and security features of the website, anonymously.
Functional
Functional cookies help to perform certain functionalities like sharing the content of the website on social media platforms, collect feedbacks, and other third-party features.
Performance
Performance cookies are used to understand and analyze the key performance indexes of the website which helps in delivering a better user experience for the visitors.
Analytics
Analytical cookies are used to understand how visitors interact with the website. These cookies help provide information on metrics the number of visitors, bounce rate, traffic source, etc.
Advertisement
Advertisement cookies are used to provide visitors with relevant ads and marketing campaigns. These cookies track visitors across websites and collect information to provide customized ads.
Others
Other uncategorized cookies are those that are being analyzed and have not been classified into a category as yet.
SAVE & ACCEPT
COMPANIES FROM AEI24 GROUP
ESPECIFICACIONES DEL PRODUCTO 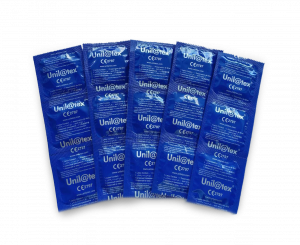 Disposable Ultrasound Probe Covers provide hygienic protection for the patient and physician during ultrasonic examinations. It is made from high quality natural rubber latex using exclusive German condom technology. 34mm diameter and 200mm length. Packaged in individual foil or bulk (no foil) and in a dispenser box of 100. Allows for accurate ultrasound detection. Hygienic and convenient.